SAN MIGUEL, DOLORES, ANIMAS, AND SAN JUAN RIVER BASINS as of March 1, 2013 Snow accumulation for the San Miguel, Dolores, Animas, and San Juan basins came in below normal, at just 79 percent of the median, for the month of February. This is somewhat disappointing coming on the heels of above normal accumulation in both December and January. As a result the total snowpack percentage for these basins declined 5 percentage points from last month, with a report of 83 percent of median as of March 1. Even with the decline this remains the highest snowpack percentage reported across the state. Precipitation recorded at the SNOTEL sites in these basins during February was only 67 percent of average. The year to date total decreased slightly from last month to 73 percent of average reported on March 1. The total volume of water stored in the reservoirs in these basins increased slightly from last month's reports. At the end of February the reservoirs were storing 258,000 acre-feet of water which is 67 percent of average storage for this time of year and 64 percent of what was stored last year at this time. This month's below normal precipitation and snow accumulation are directly reflected in this month's forecasts. Forecasts across the basin have declined significantly from those issued last month. April to July streamflow volumes are now expected to range from 58 percent of average for the Inflow to McPhee Reservoir to 73 percent of average for the Inflow to Vallecito Reservoir.
Posted by will b at 4:23 PM 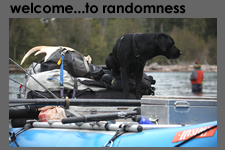